Relationships in The Takedown by Corrie Wang

WARNING: The following post discusses details contained in The Takedown by Corrie Wang which may spoil the book if you have not read it yet. You've been warned! 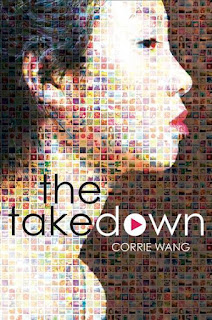 In her novel The Takedown, Corrie Wang utilizes an "unlikeable" narrator to expose the flaws in relationships and highlight the human need to be seen. Like any finely crafted work of fiction, The Takedown layers several thematic concepts: the reach of karma, the thirst for vindication, the hunger of jealousy and revenge, the fragility of human connection, and the importance of truth in relationships. Certainly, I will not endeavor to analyze all of these potential themes; however, it is worth noting that Wang’s novel does not shy away from what many would consider to be the underbelly of growing up. In today’s digitally connected world, teens are coming-of-age on full display and this can often manifest in unforeseen consequences (some deservedly and others no so much). This concept is of particular interest for my own work as I seek to build a realistic contemporary world for my characters to function in; however, in this post, I shall examine the following: voice and the notion of likeability, implementing direct address as a narrative tool, the complications of parent/child relationships, and developing realistic friendships.
The novel and its summary both begin with the notion of likeability. In fact, the inside jacket copy plainly states: “Kyla Cheng doesn’t expect you to like her. For the record, she doesn’t need you to.” Similarly, the very first line of the novel offers the same disclaimer when the protagonist asserts herself by declaring she’s “warn[ing] you in advance” that “you’re probably not going to like [her]” (Wang 3). While this definitely establishes the strength of the voice, it does raise some questions: Why all the need to tell the reader how they’ll feel about the character? Why not let Kyla stand and deliver as she does in later chapters? Honestly, this beginning feels less like a device and more like manipulation. What about the reader who sees aspects of herself in Kyla? Should she feel less than for being disliked by her peers or finding herself in the middle of a controversy? I raise these questions because the protagonist in my story is similar in many ways to Kyla and I am striving to create an unlikeable character that readers will ultimately root for. This requires a delate balance of push and pull; I want the readers to see her flaws and love her despite them, which is why the narration is so essential to the progression of the plot.
Undeniably, narration is a vital component of fiction that can make or break a novel. There are many potential pitfalls of utilizing first person narration, but for the young adult reader the benefits typically far outweigh the possible redundancy, droning, and authorial influence. Readers of young adult fiction have come to rely on the first person narrator as a means to view coming-of-age challenges such as navigating social scenes at school, developing solid friendships, maneuvering into adulthood while maintaining solid connections with parents and peers alike. Consider the following passage:
“Question, oh silent, unseen reader. How am I supposed to act? Because I don’t know anymore. If I’m only sweet and endearing, you’ll never respect me. If I take charge and am in control, you’ll think me aggressive. If I embrace my sexy, I’m a skank. If I embrace my inner dork, I’m ostracized. If I’m wildly popular, it’s the same.
Minus a couple of hiccups, I thought I’d been acing this teenage stuff by me being me, but then I got this for it – see previous 209 pages – and everyone rejoiced.” (Wang 212).

I have toyed with the all powerful use of you to hint that my main character is telling this story to someone for some reason; however, Wang’s protagonist never makes it clear who the “you” is in her use of direct address. Why tell the readers anything in this case? Why not just show them these elements through the progression of plot? Here is where I must suggest that Wang’s use of direct address comes across as an aggressive need for the main character to explain herself despite an entire narrative that demands otherwise. As a result of this, I’d be in favor of less direct address and more scenes showing Kyla navigating her world as only she can. Readers are smart enough to know when they’re being led and it usually pulls them out rather than emerging them in the world. The other option would be for Wang’s story to rely on Kyla being heard – as I am trying to accomplish in my own work. If the character is fulfilling a need, readers are more likely to buy the direct address and accept it as a reality of the narration.
At risk of overload, I will quickly explore the complexity of relationships in The Takedown. The need for Wang to tie up the issues between Kyla and her mother with a neat little bow undermines the struggles she endured throughout the novel. Rarely, does a person experiences so much growth and understanding in such a short period of time and I would caution writers and myself against doing this. The reality is, sometimes parents don’t like their children for many reasons – yet they love them in spite of these things. The love is sometimes messy and complicated and layered (just like the people). And I think Wang does a disservice to the sharp edges of life she seems to be depicting in the first half of the novel. So for me, consistency is the key. Also, knowing the ending doesn’t have to be perfect because ambiguity is often a harsh reality of life that the young adult reader must adjust to.
Additionally, Wang attempts to prove the strength of friendships that are anything but solid. The relationships we forge with others and the ones we develop with ourselves ultimately determine the world we create. Certainly, many relationships change but readers need to feel what mattered about these relationships to begin with in order to empathize with the characters. For Kyla, most of these relationships are built on shaky ground save for her love interest, Mac. And I am still puzzled by her need to reject him over and over and over. Equally confusing is his need to be rejected over and over and over – and still stick around. As a result, I want to make sure the actions of my characters seem realistic and not create faux tension in the process.


While I know the main character in The Takedown isn’t suffering from mental illness as my character is – they do share some things in common: the sharpness of their edges, the unapologetic singular vision, the brute force by which they approach just about every area of their life, etc.  Conclusively, I will aspire to create sufficient relationships, downplay melodrama to increase believable tension, and recognize that sometimes ambiguity makes for a more realistically fitting ending. Overall, this novel was a fantastic glimpse into an imperfect world, featuring imperfect people, and I hope to continue to explore these elements (and others) as I develop my own work.
Posted by Tiffany L. Berryman at 12:58 PM 6 comments: